A week ago, Elon Musk bought Twitter. Today, we’re breaking down the deal, covering details you may have not heard about, and explaining what happens to investors’ shares when a public company goes private.

The roughly $44 billion purchase is one of the largest activist investor takeovers of a publicly traded company. Under the terms of the deal, Twitter will become a private company and buy out shareholders at $54.20 per share.

Whether or not you’re currently invested in Twitter, here’s what happens when a company is taken private.

First, the board must negotiate a takeover deal with the activist investor (in this case, Musk). They then host a vote for shareholders to accept or reject that deal. Any investor who owns voting stock can vote, and those with larger holdings receive more voting power.

Twitter accepted Musk’s deal and issued a tender offer to its shareholders, requesting to purchase all outstanding stock at $54.20 a share.

Takeover deals like this can take months to complete. If it goes through, Twitter will be delisted from the stock exchange and no longer publicly tradable. And its shares? Investors will receive automatic cash payouts in their brokerage accounts.

INVESTING IN GLOBAL STOCKS THROUGH ADRs

Invest in foreign companies, like Nintendo, Nestle, and Roche, through ADR offerings on M1.

Socially responsible investing can grow your wealth and support companies that share your principles.

This week, take a moment to focus on:

Your writing: A form of mental weightlifting, writing can test your intelligence and improve your ideas. Use these tips to shape up your words.

A framework: “Explain it to me like I’m 12” is actually an effective way to learn. Developed by Nobel Prize-winning physicist, try the Feynman Technique to learn anything.

A quote: “Excellence is an art won by training and habituation.” – Aristotle

Sign up for M1 to receive The Investor’s Mindset in your inbox every Monday.

Manage your money with M1

Invest, borrow, and spend on one intuitive platform. Customize your strategies, automate the big picture, and let The Finance Super App®️ take care of the day-to-day. M1 gives total control for your wealth today and tomorrow. 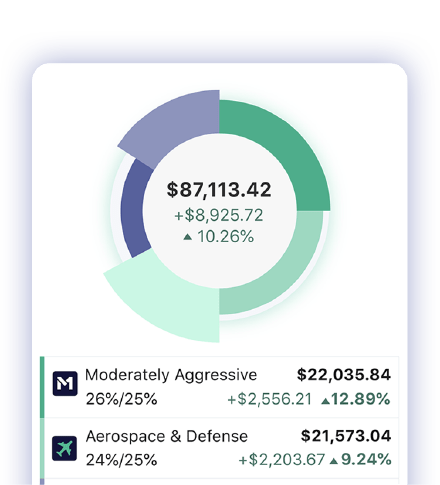 Insights May. 16, 2022 How companies prepare for economic volatility

Spring is here, but many companies are fattening up their cash reserves to make it through the bear market. Today, we’re discussing how companies prep for times of economic uncertainty and what […]

Insights May. 13, 2022 The US financial system’s top 4 vulnerabilities

How are you spending the only Friday the 13th of the year? We’re mirroring the markets mood by sharing the Fed’s Financial Stability Report and listening to “Superstition” on repeat.  Today’s edition also covers:  […]

Insights May. 11, 2022 How M1 thinks about market volatility and market corrections

After multiple days of stock declines, even the most disciplined long-term investors get concerned. We want to take a moment to share how we think about downturns and volatility at M1. For […]