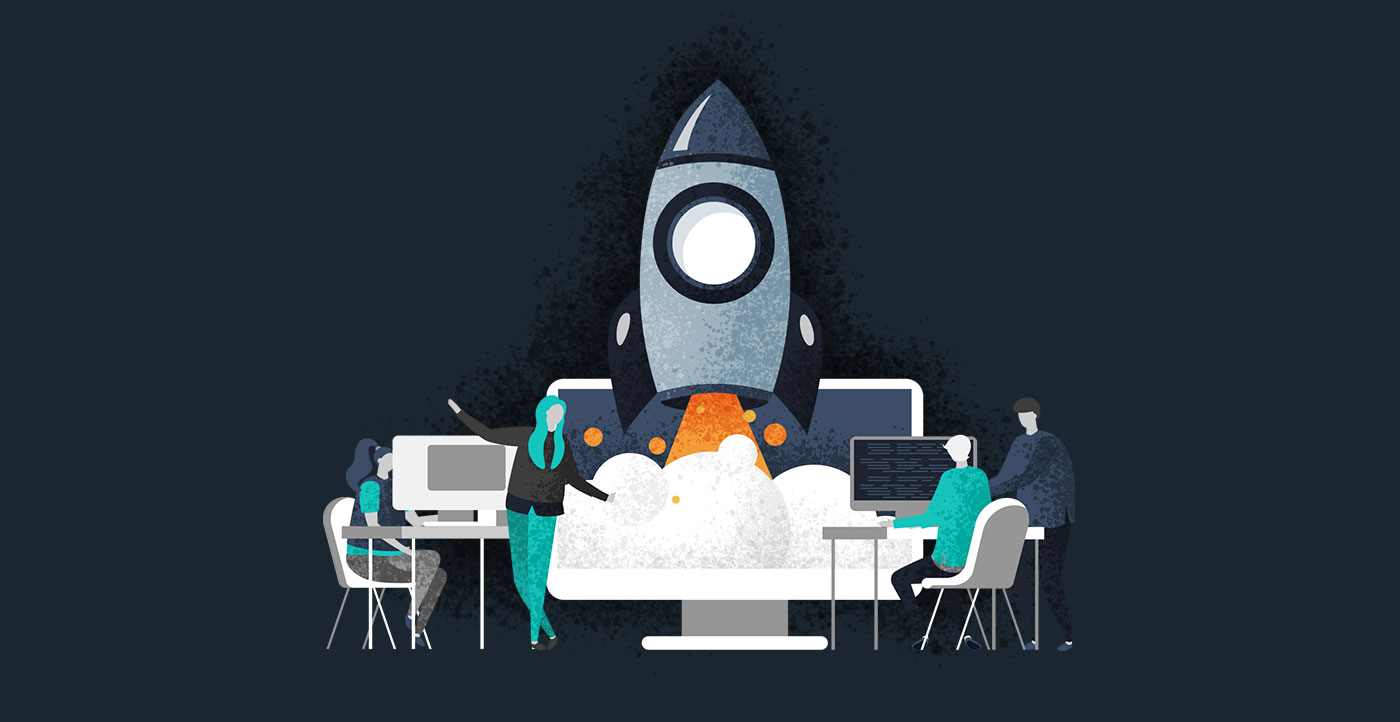 This article is for informational and educational purposes. It is not meant to be a recommendation, solicitation or offer to buy or sell any securities.

If you follow the news, it’s been hard to miss reports of tech IPOs in the last several months: Pinterest, Lyft, Uber, and Zoom are just some of the big names that recently made shares available to the general public.

As an engaged investor, all the reports of initial public offerings probably have you wondering whether you should be considering IPOs in your portfolio – especially because there are several more big names on the horizon. Many are in the technology space: young, high-growth companies with the potential for attractive longer-term gains if their businesses continue to grow and stand the test of time.

Here, we’ll break down IPOs: what they are, why businesses do them, what’s happened in a few recent offerings, and how to think about IPOs as you manage your investments so you can make sound decisions rather than those based on hype.

The What, When, and Why of Initial Public Offerings

An initial public offering of a well-known company can stir buzz on Wall Street. It represents the stock’s first day of trading on one of the exchanges like NASDAQ or NYSE, and the first opportunity for members of the public to buy shares.

A company might “go public” for a number of reasons:

In other words, an IPO is a tool businesses can use to raise capital.

The IPO process is straightforward: A company decides it wants to offer shares and hires an investment bank to draft a prospectus, which is a legal document that spells out the terms of the IPO and the company’s business plans. Together, these parties establish a price range for shares. Investors can begin applying for shares in the IPO through a firm that is participating in the offering. Finally, shares start trading on an exchange and the subsequent buying and selling interest move the price up and down.

While this is, as we mentioned, a straightforward process, there is no “typical” way for share prices to behave during and after an IPO. Instead, every company is a unique case.

Individual investors are often intrigued by IPOs because we tend to hear about the best-case scenarios, as in this piece from March that illustrated what a $100 investment in the IPOs of some wildly successful companies would be worth today (visual component reproduced below).

It’s easy to fixate on the numbers here: you’ve got $100. You, too, could turn it into $1+ million, as an early Walmart investor would have. Yes, certainly. But there’s more to the story.

Let’s look at a few recent examples to get a fuller picture.

Lyft and Uber delivered two big IPOs in 2019. Lyft had a strong opening day, with the offering priced at $72 per share and shares starting at $87.24, or a 21 percent premium to its IPO price, on March 29. But since then, Lyft’s stock has been driven lower; it was down to $58 in late May.

Persistent weakness in Lyft shares seemed to weigh on Uber’s offering, which happened in May. In addition, filings released one month before its IPO showed Uber losing a whopping $3 billion for the year. Then, just a week before shares were set to go public, Lyft and Uber drivers announced a worldwide worker strike over wages and labor practices. The news didn’t bode well for the offering.

One reason Uber is an interesting case study is that it illustrates how large private investors often have substantial stakes in a company before an IPO. Softbank, the Tokyo-based telcomm giant, is reportedly the largest stakeholder, with 16.2 percent of Uber shares. Google (GOOG) has a stake equal to roughly five percent.

Then there are Uber’s individual investors:

So even after the 180 million share offering on May 10, private investors have a much bigger stake in Uber compared to the public. This isn’t unusual. Private investors are on board before the public offering and, if things go well, they can become millionaires (and even billionaires).

But not all of Uber’s private investors are benefiting after its lackluster IPO. Sure, those who participated in its Series A round more than eight years ago are doing great: when they invested, Uber’s shares were valued at barely seven cents each, according to Pitchbook. That makes for a pretty stunning return on investment.

Those who joined the party a little later, though, are facing a different reality. The most recent round of private investors, who participated in Uber’s Series G round last year, came in at $48.77 per share – above the $41.57 where shares settled after the first day of trading. So later investors may now be underwater.

Recent Performance and the IPO Pipeline

While Uber’s IPO performance is something of a cautionary tale for those intrigued by investing in companies with recent IPOs, it’s also something of an exception. Many IPOs so far in 2019 have done far better:

But, again, these strong performances aren’t part of a “trend” any more than Uber and Lyft are. Here’s a snapshot of several recent IPOs to give you a sense of the varied performance you might see after a company lists publicly.

But the absence of trends doesn’t mean investors don’t try to anticipate a stock’s performance following the company’s IPO. Here are a few that investors and those who follow business news are looking forward to in the coming months.

Slack Technologies is expected to list in late June. The company opened its doors in 2014 and the Slack business chat platform now boasts roughly eight million users daily, with half a million companies relying on its messaging services. Slack’s offering is different than most others, however, as it’s attempting a direct listing.

As in the direct listing last year by music streaming company Spotify (SPOT), the company’s private shareholders will sell their shares to the public, and no new shares will be issued. For Spotify, the direct listing wasn’t exactly music to shareholders’ ears: the stock opened at $165.90 on April 3, 2018 and was less than $125 in late May 2019.

Palantir Technologies could see a large IPO this year. Founded in 2003 by Peter Thiel, the company develops software to analyze big data. It has already generated $2 billion in private funding and generated roughly $1 billion in revenues last year.

It’s not clear how much the company might be worth – estimates range from $4 billion to $14 billion – and it’s not even certain when the company might launch an offering. Speculation last year was it could happen in the second half of 2019.

Some thought that spin bike maker Peloton would have an offering last year as well. It didn’t. So maybe 2019 will be the year the company goes public. Peloton’s first interactive software was developed in 2012 and the first indoor, internet-connected bike sold two years later.

Today, the company generates revenues from bike sales and monthly subscriptions – while bikes offer 24/7 live-streamed television and sell for over $2,000, workout regimens are available for $39 per month. An IPO could value the company at more than $8 billion and might happen before year’s end.

Cloudflare is a San Francisco-based internet security and networking company that was founded in 2009. The company raised $150 million from private investors in early 2019 and the hefty cash influx fueled speculation that a long-awaited IPO will possibly be delayed. The offering was expected in the first half of this year. Maybe it will happen in the second half. When it last raised funding in 2016, the company was valued at more than $3 billion.

Food delivery app Postmates filed for its IPO in February. The offering is expected this summer. Founded in 2011, the San Francisco-based company’s main business is food delivery from restaurants, with independent contractors hired to deliver meals to app users.

It secured $100 million in funding in early 2019, and the expected valuation for the company is in the $2 billion range, which is far below Grubhub’s (GRUB) $7 billion market cap. Grubhub is Postmates’ biggest competitor, with roughly 50 percent market share. DoorDash and Uber Eats also compete in the space.

IPO Dos and Don’ts for Investors

People sometimes complain that the IPO market favors institutional investors over the public or individual investors. That’s because, as we’ve seen, big private investors and institutions often have an opportunity to invest at prices below the actual offering price before the company goes public.

But that doesn’t mean there aren’t opportunities for the average investor.

If investing in newly public companies intrigues you, keep these key takeaways in mind:

Stocks do not necessarily go up after an IPO. But if you invest in companies that you believe have strong long-term prospects, you’ll have the confidence you need to sleep at night, regardless of what happens in the short term.